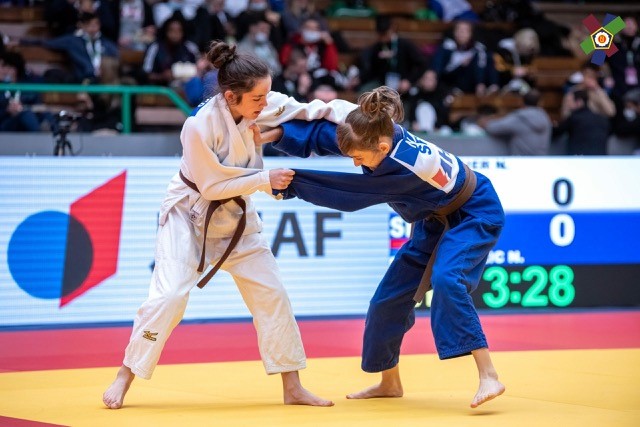 On March 12th and 13th 675 judokas from 32 nations participated in the European Judo Cup for Cadets in Zagreb, the first qualifying tournament for the European Championships this June.

Nina started in the weight category -40kg. After losing her first fight against the silver medal winner in overtime, Nina won her next three fights against opponents from France, Turkey and Serbia with „Ippon“ and took the bronze medal.

Following her third place in Zagreb, Nina has been selected for the national cadet team and made a big step towards qualifying for the European Cadet Championships.

Having finished second at the European Cup in Lignano one month ago, Nina is now ranked in the top 10 of the world in her weight category.